GitPod.io is a editor in the cloud based on Theia which is a IDE built for the cloud & desktop. It implements the same language servers and allow you to use the same extensions as in VS Code - which is great. 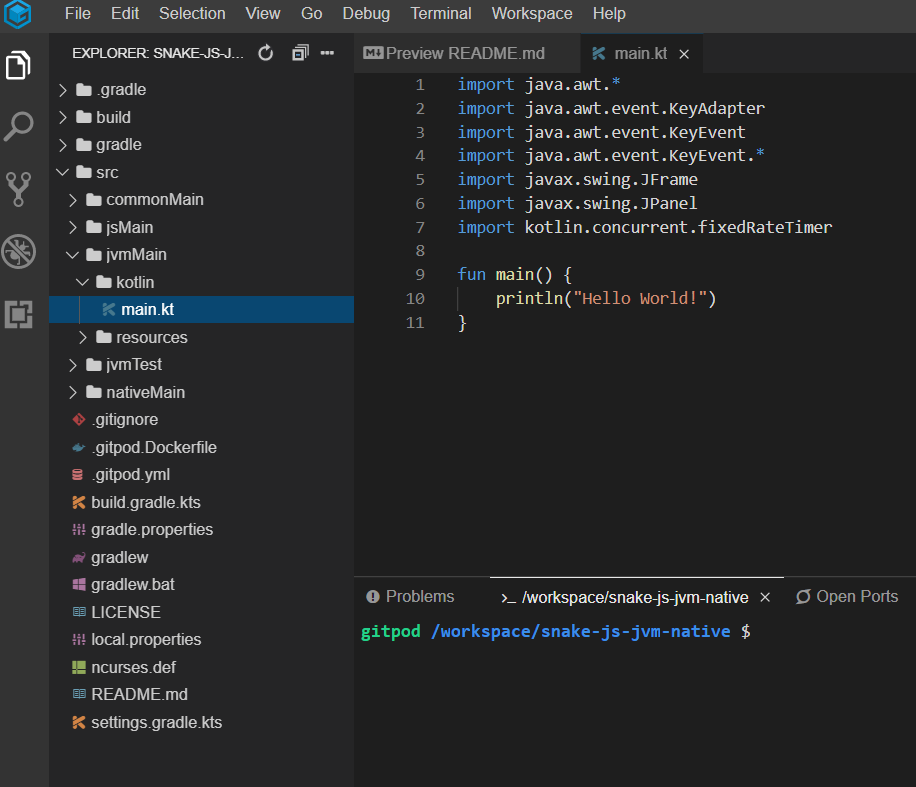 For more about GitPod and how to combine it with languages such as Kotlin, Java & more, read 👇.

GitPod.io from the start worked for the normal "low-barrier" languages such as JavaScript & Python and still works great, and it really is where it excels. Lately though they've stepped up and added more & more targets with further customization.

First of all you need either a GitHub, GitLab or Bitbucket account. Once that is done you need to find a repository that you want to work on, it can be both a private or public repository.

Once you've got your account & repository set up then head to gitpod.io/#{Repository: e.g. https://github.com/londogard/snake-js-jvm-native} and it will open up. This will ask you to create a PR with some new config adding a new file called .gitpod.yml and further you can add .gitpod.Dockerfile which configures your Docker setup.

With this setup you can push the changes to your repo and re-open the GitPod to reload a brand new Docker image with the updated packages.

This configuration allows you to do all I've mentioned such as running Native Kotlin, run with VNC to view native application windows and more!
By default you're able to view a in-place/preview browser window so doing web development is working from the get-go and as such also Kotlin/JS worked pretty well without any configuration.

For me there's actually not just one reason to why I'd like to do this.

Just in a few days (2021-01-26) I'll do a workshop at AFRY with Kotlin Multiplatform where GitPod.io will be a great alternative for colleagues who have computers where they're not allowed to install their own applications.

I think for now GitPod.io is the simplest and best out of them, unless you have your own computer to use as a server for VS Code Remote!